The Grand Duchy of Luxembourg is divided into 3 Districts:

Those three districts of Luxembourg were the top-level administrative divisions of the Grand Duchy of Luxembourg. 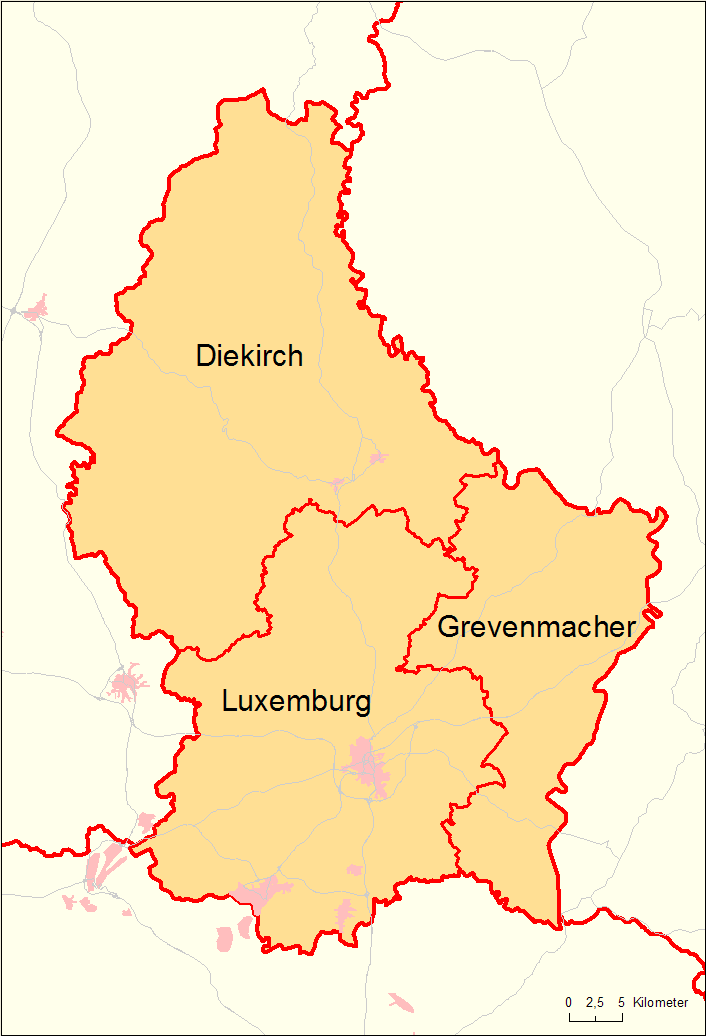 The districts were further subdivided into cantons, which still exist:

The 12 cantons of the Grand Duchy of Luxembourg are areas of local government at the first level of local administrative units. The cantons are subdivided into 106 communes - Gemengen. 12 communes out of 106 communes have city status. 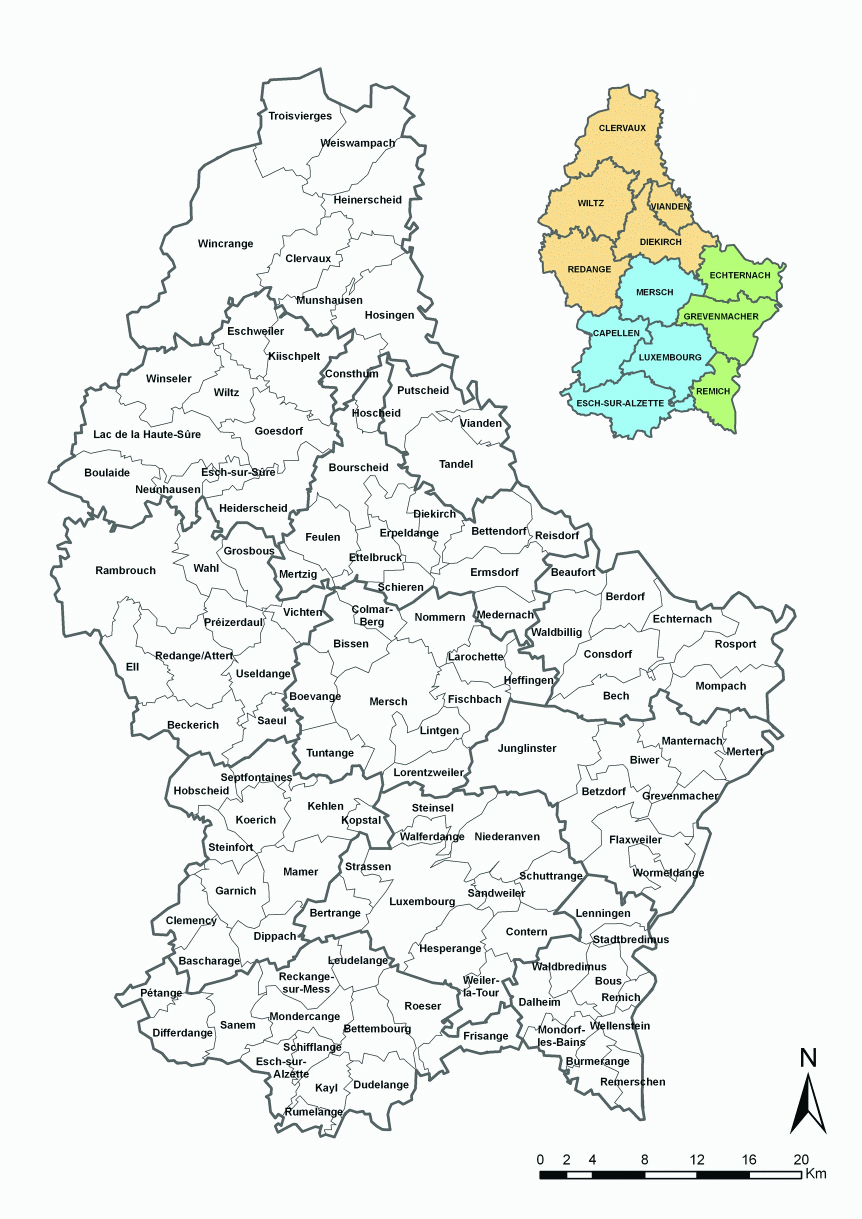 The communes of Luxembourg are lower nation-wide administrative divisions and come below cantons. Communes are often re-arranged, merged, or divided but the cantons have remained unchanged since their creation. On the other side, all communes provide local government services.

The communes have no legislative power over matters relating to the national interest. They are required to provide public education, maintain the local road network, maintain basic public health, and provide social security.