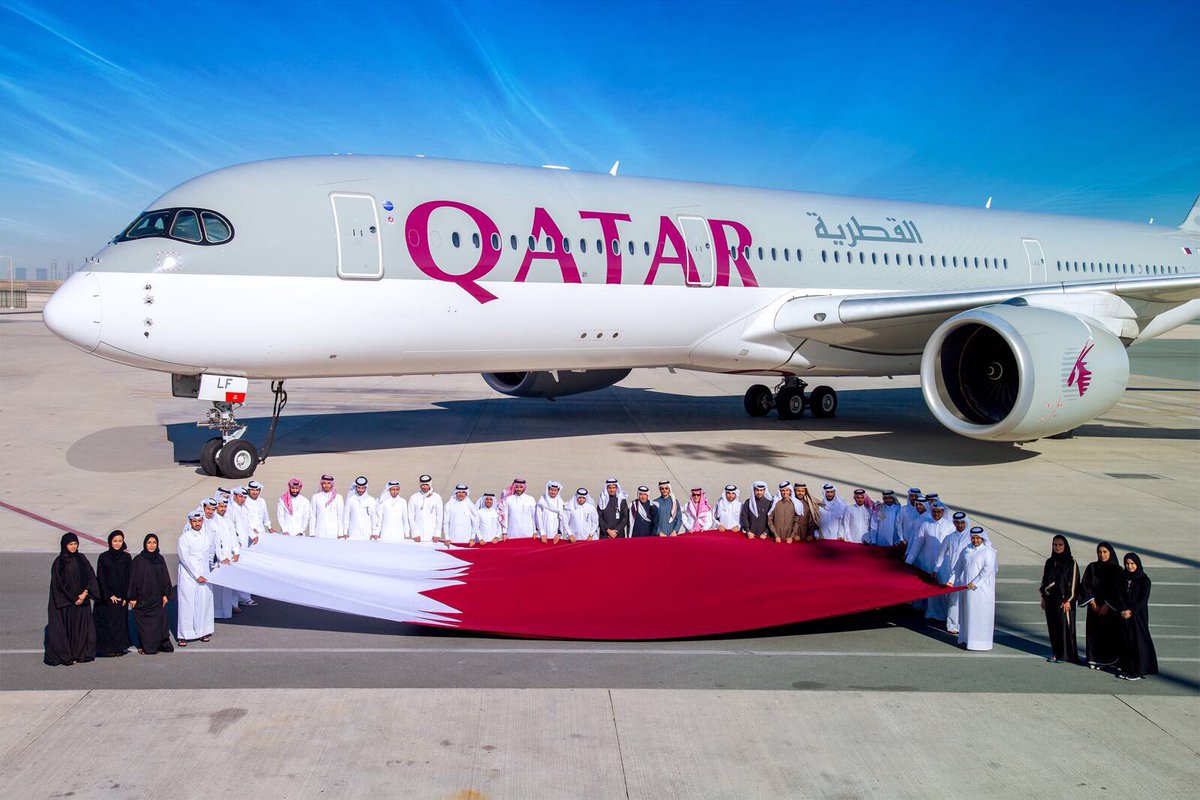 Qatar Airways is the Official National Airline of Qatar. It is the youngest global airline to serve all six continents and more than 160 destinations. The Airline features a fleet of the latest-generation aircraft and an unrivaled level of service from home and hub. The airline operates from its base at Hamad International Airport and the headquarters is in Doha, the capital of Qatar.

Established in 1993 and re-launched in 1997, Qatar Airways is wholly-owned by the Qatari government. Qatar National Airlines is one of the Middle East’s largest network airlines. It operates an extensive network of international services using a fleet of more than 200 aircraft. The Airline Operate in the Middle East, Africa, Asia Pacific, Europe, Latin America, and North America. It is also a member of Oneworld.

Some of the aircraft in its fleet include the long-range Boeing 777 passenger and freighter aircraft, the Boeing 787 Dreamliner and 747F, Airbus A340, A330, A350, A380, A330F freighter, A321, A320, and A319. The latter A319 includes a corporate jet version. With the delivery of the A350 aircraft in December 2014, for which it was the global launch customer, Qatar Airways became the first airline in the world to operate every family of Airbus’ modern airliner portfolio.

Qatar Airways became Airline of the Year in 2017 as well as in 2011, 2012, and 2015. Over 18 million travelers worldwide cast their votes in the survey by the leading global airline industry audit. With multiple award-winning airlines, Qatar Airways was awarded World’s Best Business Class; Best Business Class Airline Lounge, and Best Airline Staff Service in the Middle East at the prestigious 2016 Skytrax World Airline Awards.