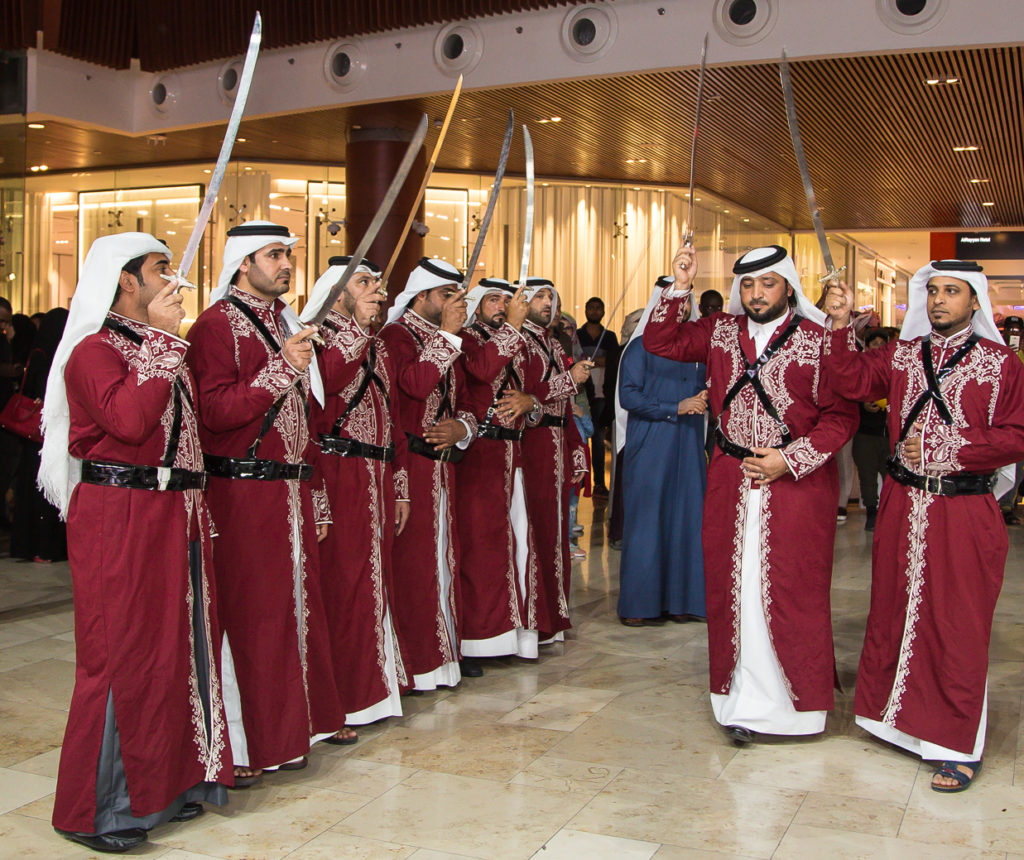 The Ardha Sword Dance is the Official National Dance of Qatar. It is a folk dance, which dates back to the times when Bedouin tribes were predominant in Qatar and were performed just before a war or a fight. The dance is performed with two rows of men opposite of one another, each of whom may or may not be wielding a sword, and is accompanied by drums and spoken poetry. Today, the Ardha is a common dance at weddings, cultural events. It is also performed on special occasions like the Eid – ul – Fitr, Eid – al – Adha, and Qatar National Day.

It is believed that this dance was named ‘Ardha’ because it was performed in historic times, to publicly show the fighting strength of a tribe before it went off to war, showcase weapons, and boost the morale of the tribe and their people. Today, it is most often performed to celebrate culture and heritage, show kinship, and promote solidarity between the people of the country and its leadership.