National Coat of Arms of Qatar | Symbols of Qatar 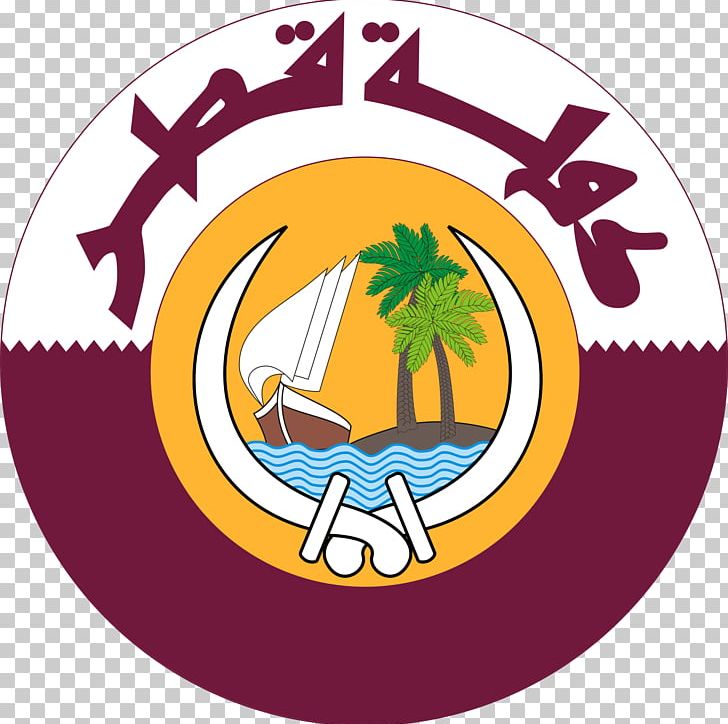 The Coat of arms of Qatar is the official National emblem of Qatar (Arabic: دولة قطر Dawlat Qatar). It becomes official in 1976 six years after the termination of the British protectorate. The Emir of Qatar Khalifa bin Hamad Al Thani Design the National Coat of Arms of Qatar. It contains two bent swords inside a yellow circle. Within the swords is a ship, known as a dhow, sailing next to an island, and surrounding the middle of the emblem is a depiction of the Qatar flag with the name of the country written in Kufi writing.

Meaning of Coat of Arms of Qatar

The official interpretation published by the Amiri Diwan (Sovereign body and the Administrative office) is as follows.

The Coat of Arms of Qatar depicts a variety of meanings and values of different geographical and cultural connotations. It reflects an interactive and harmonious interface between wild and marine lives. It also depicts the palm tree height and its sense of giving, recalling of Arab mightiest swords, the sense of dignity and safe haven.

— Amiri Diwan, Coat of Arms of the State of Qatar

The dhow on the insignia is a reference to the pearling industry as the main factor in the stimulation of the economic and social growth of Qatar as a nation. Qatar officially recognizes the two Date palms as a symbol of giving and Arab dignity. The date palm is the most cultivated fruit in the Arab peninsula.

The outer ring of the Coat of Arms is essentially the flag of Qatar. The final change happened under the rule of Sheikh Ali bin Abdullah Al Thani. The current Qatar emblem use in the front of the Qatari passport, birth certificates, some official university documents, and other non-official documents used throughout the state.