A Political Map is designed to show the political boundaries of a particular Country. It shows the borders of things like countries and states, along with cities and capitals.

Political Map Of Bangladesh Is designed to show governmental boundaries of countries and the location of major cities, and they usually include significant bodies of water. Like the sample above, differing colors are often used to help the user differentiate between nations.

Bangladesh, officially the People’s Republic of Bangladesh, is a country in southern Asia in the Ganges River delta on the Bay of Bengal. The state borders India in the west, north, and east and has a small border with Myanmar (Burma) in the southeast. Together with the Indian state of West Bengal, it makes up the historical and geographical region of Bengal.

Bangladesh is a small country that has a lot of regional diversity. It is located in South Asia, as shown on the map of Bangladesh. It covers an area of 56,977 square miles. Because of having a deep connection with the other parts, Dhaka is the capital of Bangladesh.

We are going to discuss the Borders and divisions of Bangladesh here. The administrative division has made it easy for the rulers to continue a smooth governmental service everywhere. 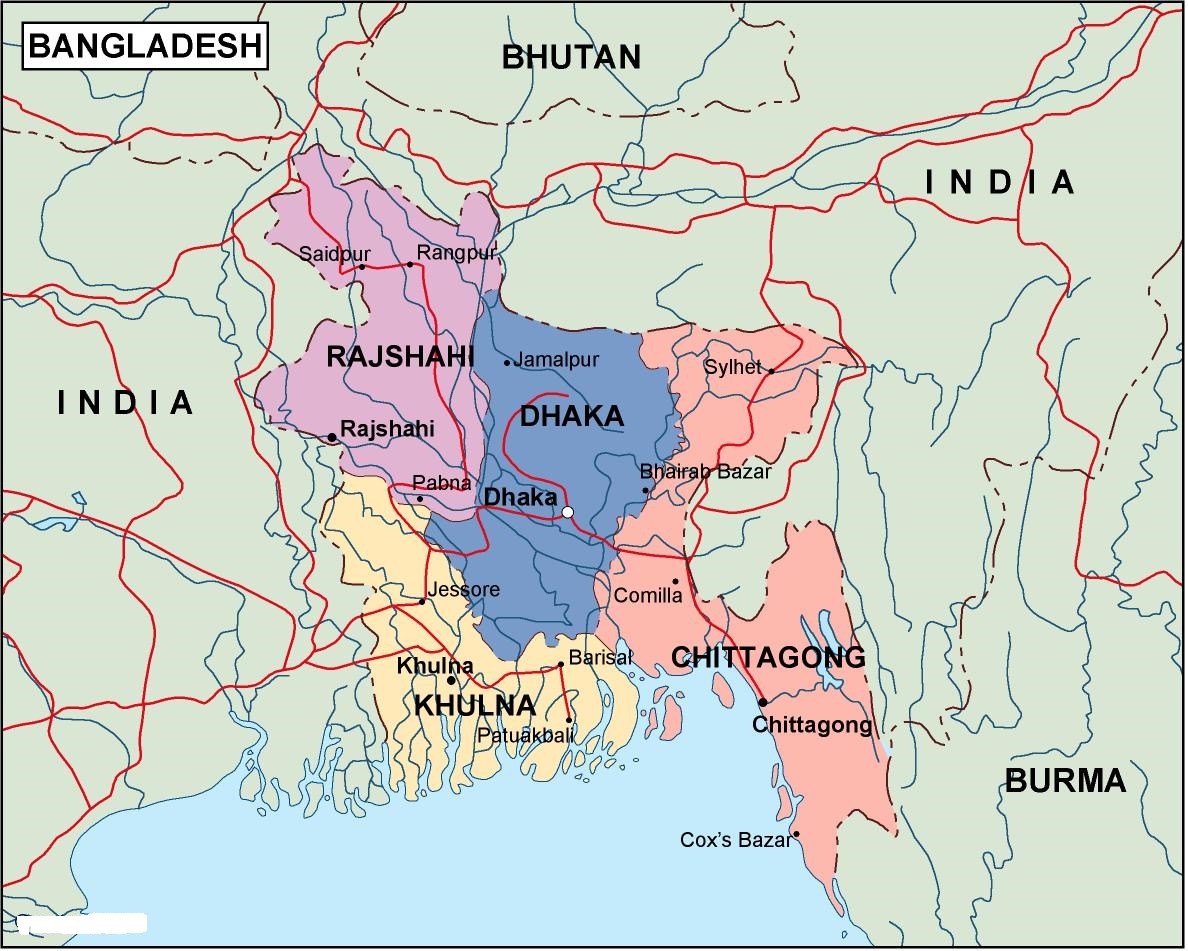 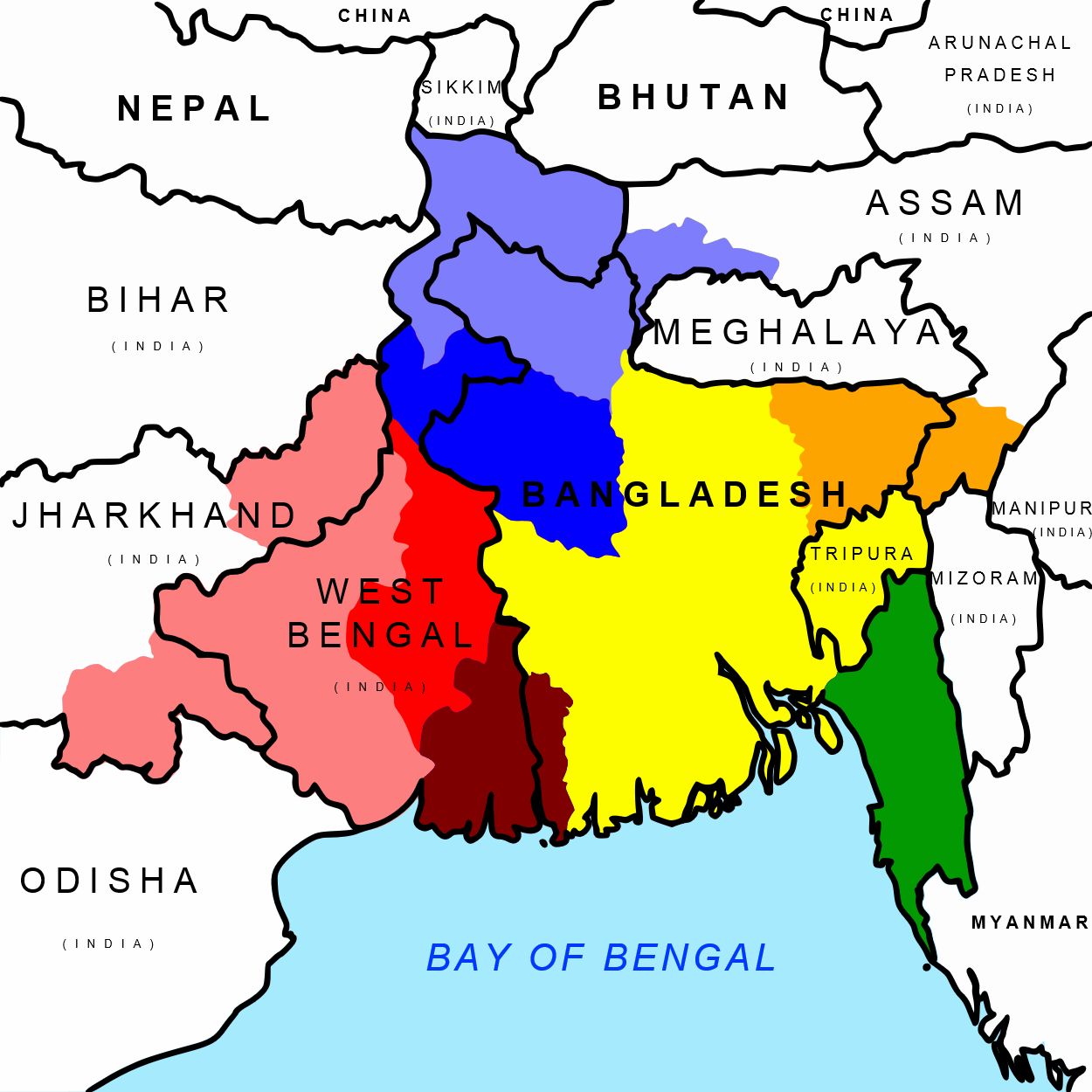