Bangladesh is a nation closely linked with its river system and its geography & culture is influenced by the riverine delta system. Bangladesh lies in the Biggest river delta in the world – The Ganges Delta system. This is the valley stretching from the Himalayas to the sea the only region in the entire world. After flowing from its Himalayan source waters and through Bhutan, China, and India, the mighty Brahmaputra, Ganges and all her sisters empty into the Bay of Bengal.

The international number of rivers can be 58 as the Brahmaputra is called “Nod” while the general term for the river is “Nodi”. The gender division of rivers is interesting from history and mainly depends on the source of the river but not the size or flow briskness. Sangu and Halda are the only two internal rivers that originated and finished within Bangladesh.

The pride of Bangladesh is its rivers with one of the largest networks in the world with a total number of about 700 rivers including tributaries, which have a total length of about 24,140 km. They consist of tiny hilly streams, winding seasonal creeks, muddy canals (khals), some truly magnificent rivers, and their tributaries and distributaries.

The Brahmaputra River is one of the greatest in Asia and the longest to pass through Bangladesh, covering a length of 1,802 miles, and also cutting across India, Bhutan, and China. The River Meghna hails from the convergence of the Surma and Kushiyara Rivers. Considered as one of the most important rivers in Bangladesh, it measures 164 miles and fans out of the Bay of Bengal. 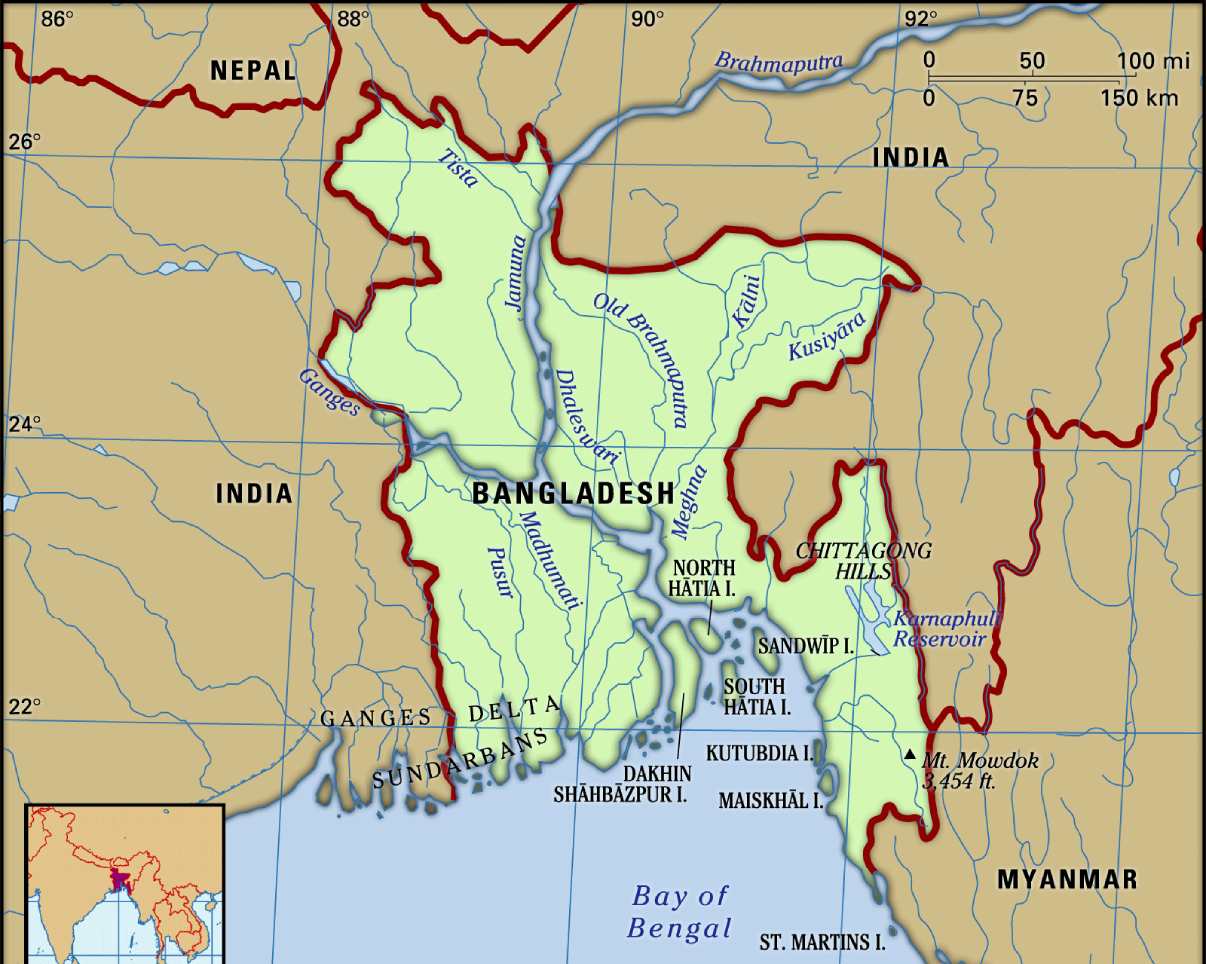 About 700 rivers including tributaries flow through the country constituting a waterway of total length of around 24,140 kilometers (15,000 mi). Most of the country's land is formed through silt brought by the rivers.

Source the of all rivers of Bangladesh is Himalayan. Its country and ancient nation thrives from Himalaya to the Bay of Bengal. In some places, such as Patuakhali, Barisal and sundarbans area the watercourses are so plentiful that they form a veritable maze. The watercourses of the country are obviously not evenly distributed. They increase in numbers and size from the northwest of the northern region to the southeast of southern region. Bangladesh has predominantly four major river systems - (1) the Brahmaputra-Jamuna, (2) the Ganges-Padma, (3) the Surma-Meghna, and (4) the Chittagong Region river system. However, Brahmaputra is the 22nd longest (2,850 km) and the Ganges is the 30th longest (2,510 km) river in the world.