Highway construction in India increased at 17.00% CAGR between FY16-FY21. Despite the pandemic and lockdown, India has constructed 13,298 km of highways in FY21.

✅Which is the Largest Road Network in India?

✅Which City in India has Best Roads?

With a score of 5.9, Pune ranked first in India and 15th in the world, followed by Kolkata, Vijayawada, Coimbatore, Mumbai, Kozhikode, Singrauli, Hyderabad, and Jaipur.

Road Map of India | Indian Road Network Map is the Map of India . You can also free download Map images HD Wallpapers for use desktop and laptop. 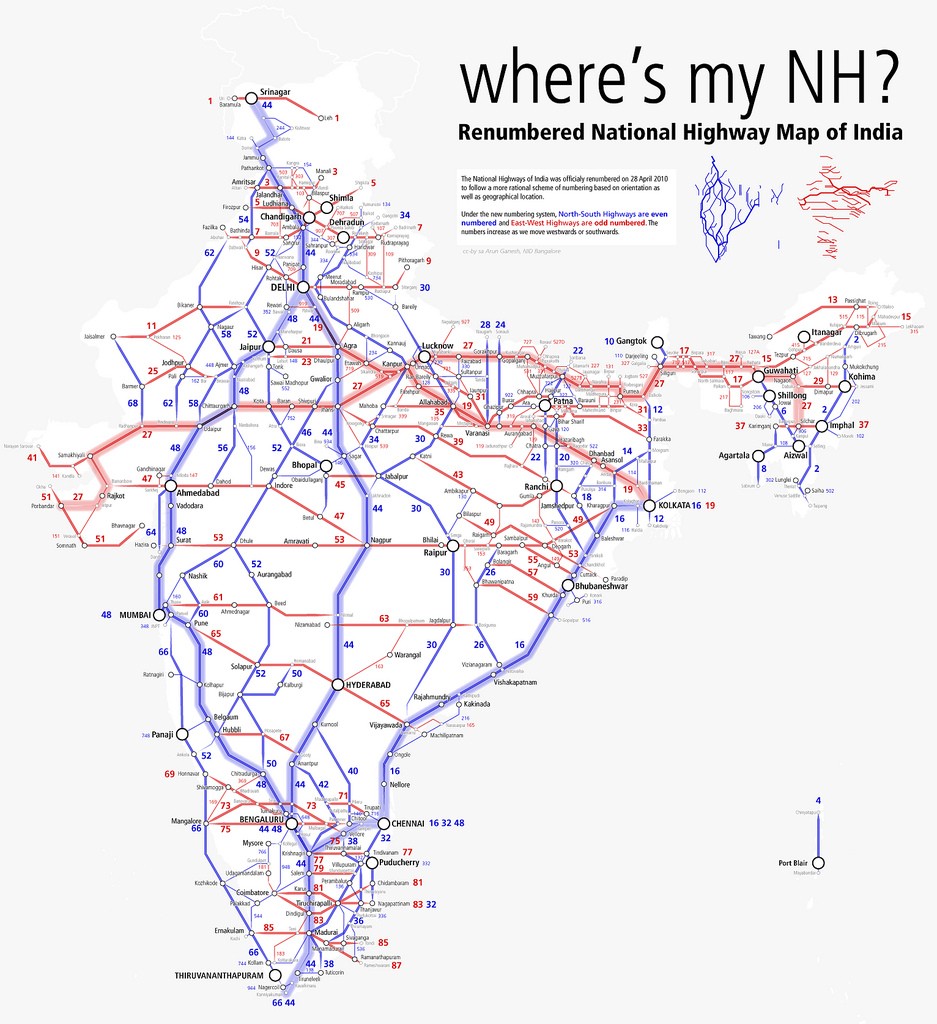 As of December 2018, 1,31,326 km of national highways are operational in India and the government plans to increase this 2,00,000 km. The national highways comprise around 2.7 % of India's road network but carry around 40% of the total road traffic. It forms the economic backbone of the country and many new towns have developed along the major highways. The National Highway Authority of India working under the administrative control of the Ministry of Road Transport and Highways has the responsibility to construct, maintain, and manage the national highways of India.

State Highways are the roads that link the important centers of industry, trade, and commerce, and state capitals with the district headquarters of the state. State highways are often also linked to the national highways and are constructed and maintained by the state governments. Maharashtra has the largest share of state highways (22.14%), followed by Karnataka (11.11%) and Gujarat (9.76%).

Golden Quadrilateral is a highway network that connects the four major metro cities of India namely Delhi, Mumbai, Chennai, and Kolkata. It is the largest Highway project in India and consists of four and six-lane highways built at a cost of Rs 600 billion. The scheme was launched in 2001 which got completed in 2012. 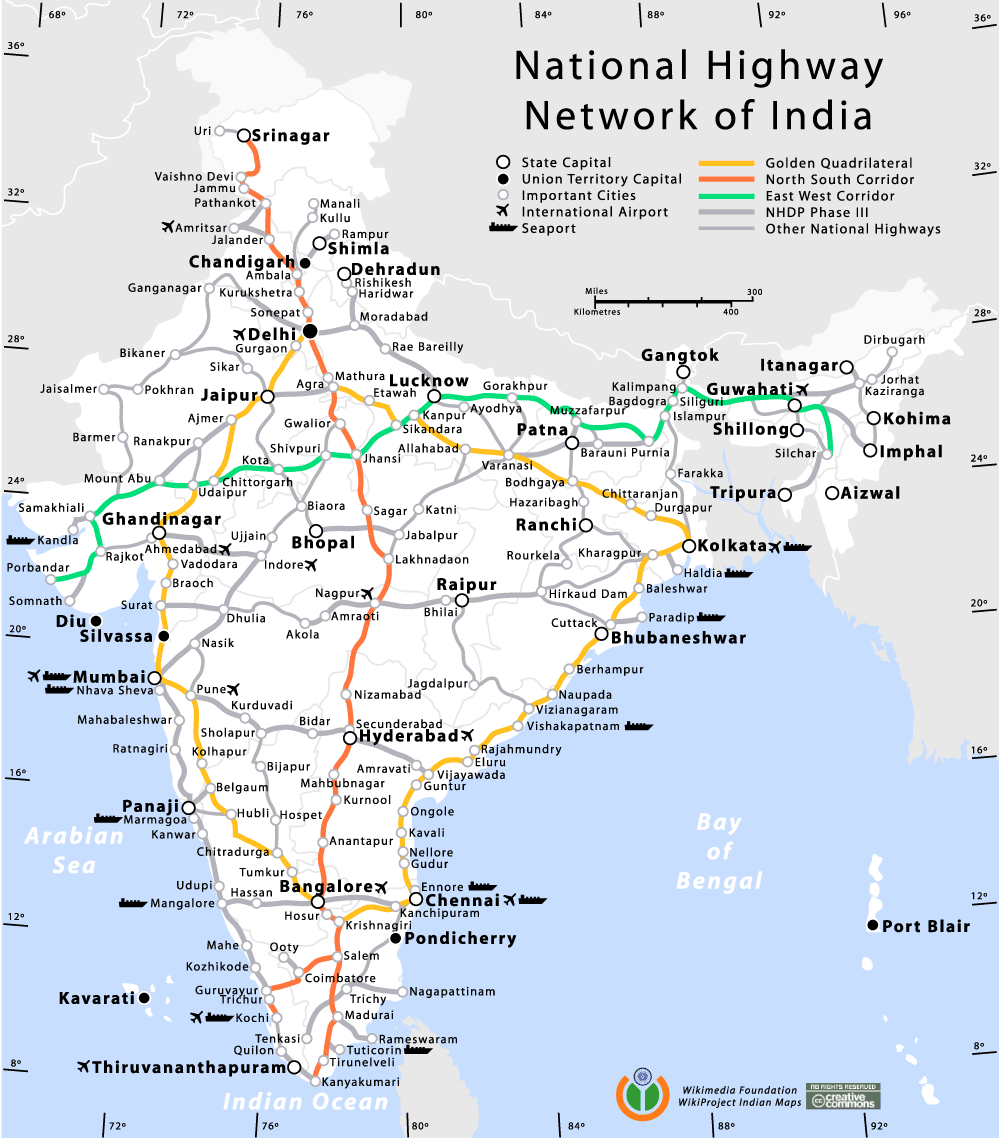 The National Highways Network of India is covered 79,243 km of the country including 1000 km of the limited-access highway or limited-access road. NH 7 is the longest national highway in India with a total distance of 4,572 km from Varanasi to Kanyakumari but as per new scheme, the longest national highway will run from Srinagar to Kanyakumari NH 44.

The Ahmedabad Vadodara Expressway is known as one of the best Expressway in India and also referred to as National Expressway 1. The 95 km long Express highway connects Ahmedabad and Vadodara and constructed under the Golden Quadrilateral Project by NHAI in 2004.