Royal Bengal Tiger The Official National Animal of India. It is the largest carnivore is found only in the Indian subcontinent. It was Declared as an India National Animal in April 1973. The Royal Bengal tiger is the world’s most beautiful wild animal and also the symbol of strength, agility, and grace. The scientific name for the Royal Bengal Tiger is Panthera tigris Tigris and it is the largest of the four big cats under the genus Panthera (Lion, Tiger, Jaguars, and Leopards).

According to the phylogeographic study, which used 134 samples from tigers across the global range suggest that the historical northeastern distribution limit of the Bengal tiger is the region in the Chittagong Hills and Brahmaputra River basin, bordering the historical range of the Indochinese tiger. The Government of India has designated the Royal Bengal Tiger as the official National Animal of India.

The Royal Bengal tiger body is rich yellow to reddish ochre in color with vertically arranged black stripes, more pronounced towards the rump and thighs; its underparts are whitish. Royal Bengal tiger cubs are born with stripes. The yellowtail has a series of black rings and ends up with a black tip. The backside of the ears is black and has a clearly visible white spot. The animal has round pupils, retractile claws, head-body length 140-280 cm, and a tail measuring 60-110 cm. Its height at its shoulder is 95-110 cm; males weigh 180-280 kg and females 115-185 kg; the female is smaller. The tiger is found in various parts of the Indian Subcontinent including India, Bangladesh, Nepal, Myanmar, and Sri Lanka. In India, it is found in the jungles of West Bengal, Madhya Pradesh, Uttarakhand, Andhra Pradesh, Karnataka, and Odisha. India now is home to 70% of the world’s tiger population. 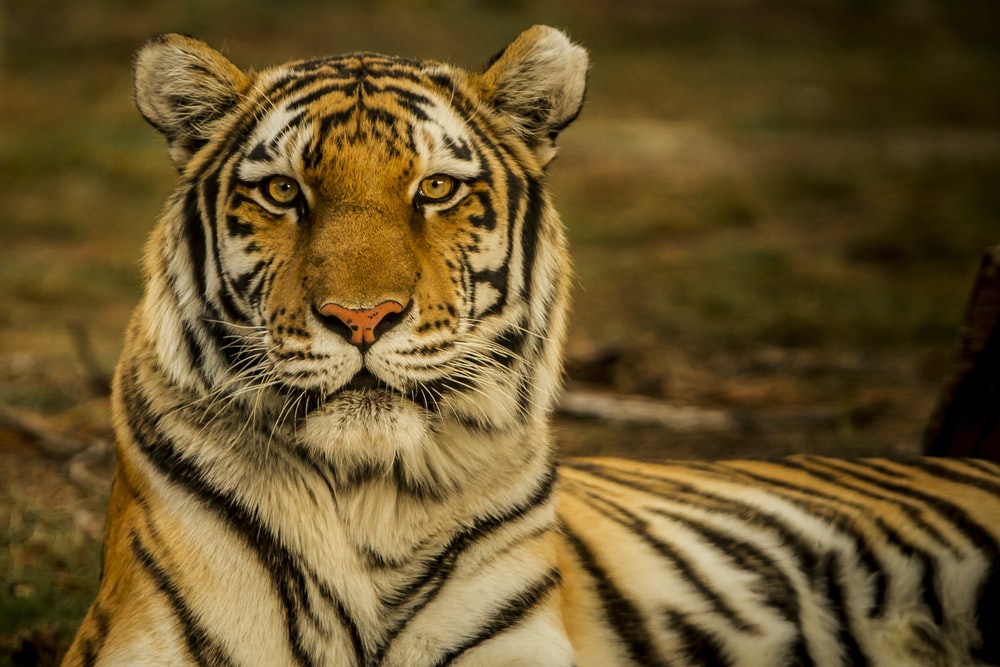 Male tigers reach maturity 4-5 years after birth while females attain maturity by 3-4 years of age. There is no fixed season for mating. The gestation period is 95-112 days and the size of the litter may be anywhere between 1-5 cubs. Young males leave the mother’s territory while the female tigers establish territory close to hers.

Tiger has always famous in Indian culture. It featured in the famed Pashupati seal of the Indus Valley Civilization. The tiger was a symbol of power in Hindu mythology and the Vedic era. To endow an appropriate prominence as a national animal, the Royal Bengal Tiger has been featured in Indian currency notes as well as postage stamps.