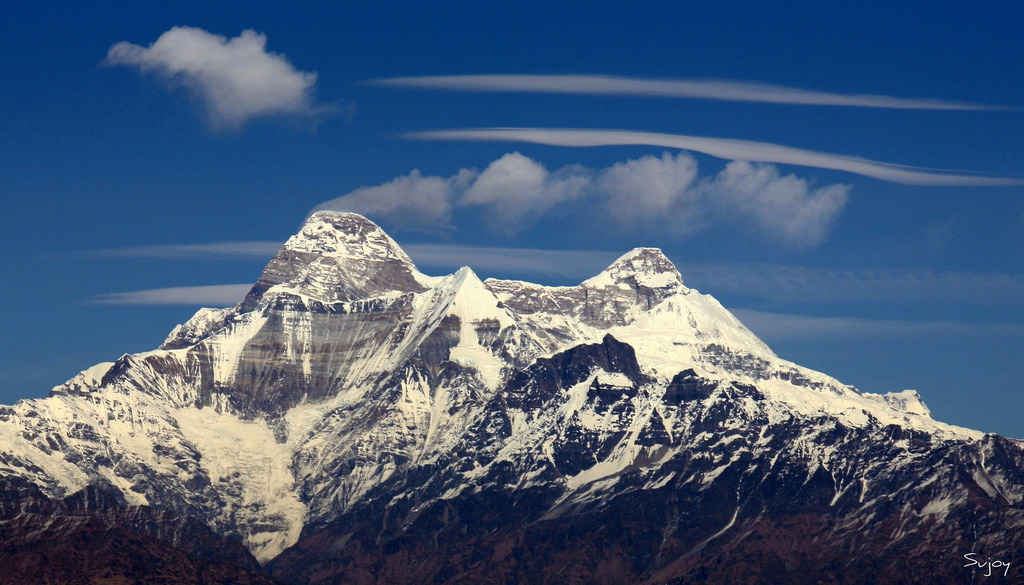 There is no Official National Mountain of India. “Nanda Devi” is the Highest Mountain in the Republic of India. It is Holy to the Hindus, source of the Ganges River. The Mountain is located in the state of Uttarakhand between the Rishiganga valley on the west and the Goriganga valley on the east. The surrounding Nanda Devi National Park is a UNESCO World Heritage Site since 1988.

The Saltoro Kangri is the highest peak of the Saltoro Mountain ranges. It is the biggest range of the greater Himalaya mountains. Saltoro Mountains are situated at the center of great Karakoram and very near to the longest glaciers in the world, the Siachen Glacier. The Saltoro Kangri is the 31st highest independent mountain peak in the world. It has an elevation of 7,742 m (25,400 ft) in Kashmir.