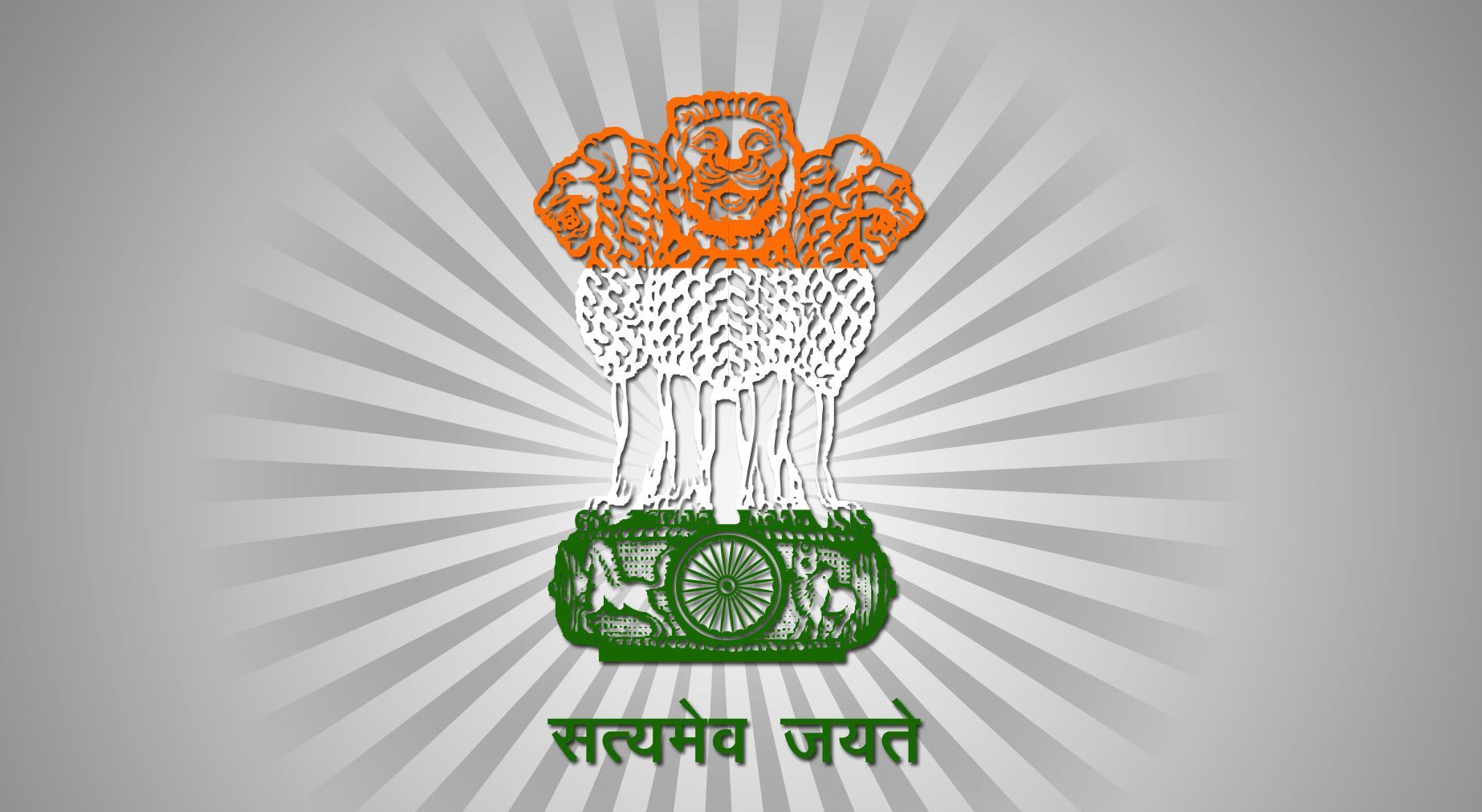 The Motto is the opening line of a four line-mantra from Mundaka Upanishad.

Truth alone succeeds, not untruth.
Through truth, the divine path is opened by which
the sages whose hopes have been completely accomplished,
reach where that greatest possession of Truth is.