Airport Help Us to Connect cities and towns across the world and enable us to get to different places. Flaunting the perfect example of modern architecture, and endowed with world-class amenities are the airports in India. With some of the most scenic landscapes in the backdrop, these Airports in India cut a beautiful picture and are a major draw for tourists. Airports in India map shows us many facts about airports in India.

Airports Authority of India (AAI) manages a total of 137 Airports, which includes 103 Domestic Airports, 24 International Airports, and 10 Customs Airports. AAI is responsible for creating, maintaining, upgrading, and managing civil aviation infrastructure in India and works under the Ministry of Civil Aviation.

Major airports in India offer both domestic and overseas flights. The airport transportation network of the country effectively fulfills the needs of a large number of tourists and visitors who are arriving in the country from distant locations. The travel and tourism sector of the country is thriving at a rapid pace. This is making a significant contribution to the economic development of the country in a special way. India airport map.

India has emerged as one of the most sought-after destinations for international travelers. Being one of the largest countries in the world, air connectivity is essential for aiding the massive tourism industry in the country. There are more than 352 (2010 est.) civilian airports in India map – 250 with paved runways and 96 with unpaved runways and more than 20 international airports in the Republic of India as mentioned in the map of India airports.

✅Which State Has no Airport in India?

Sikkim was the only state without an airport in the country. 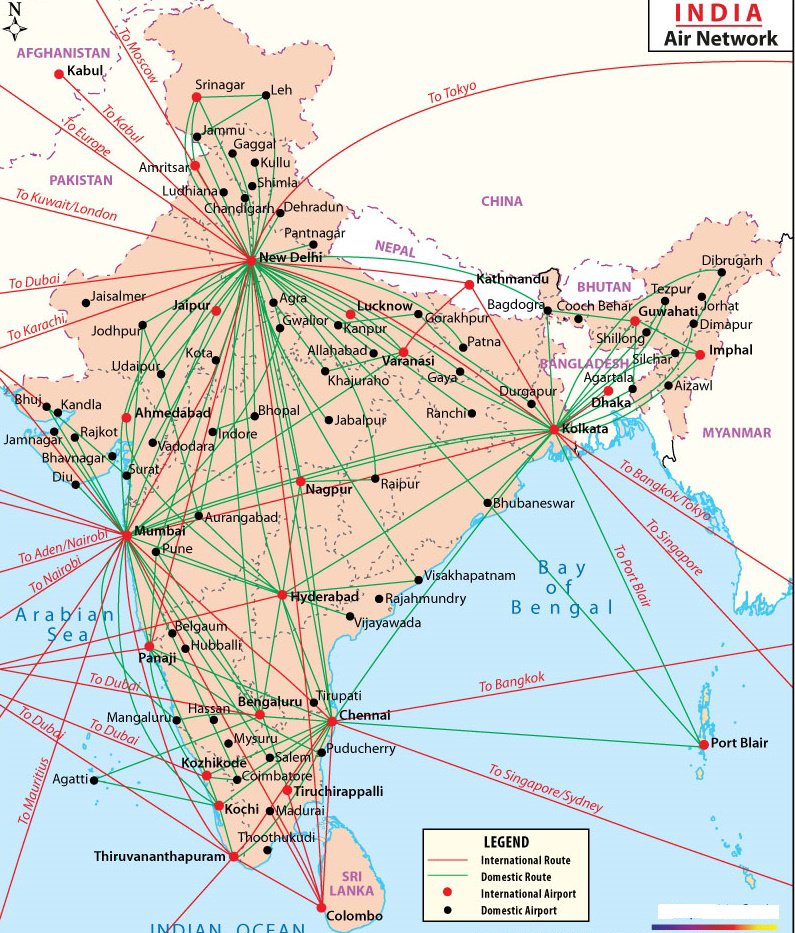 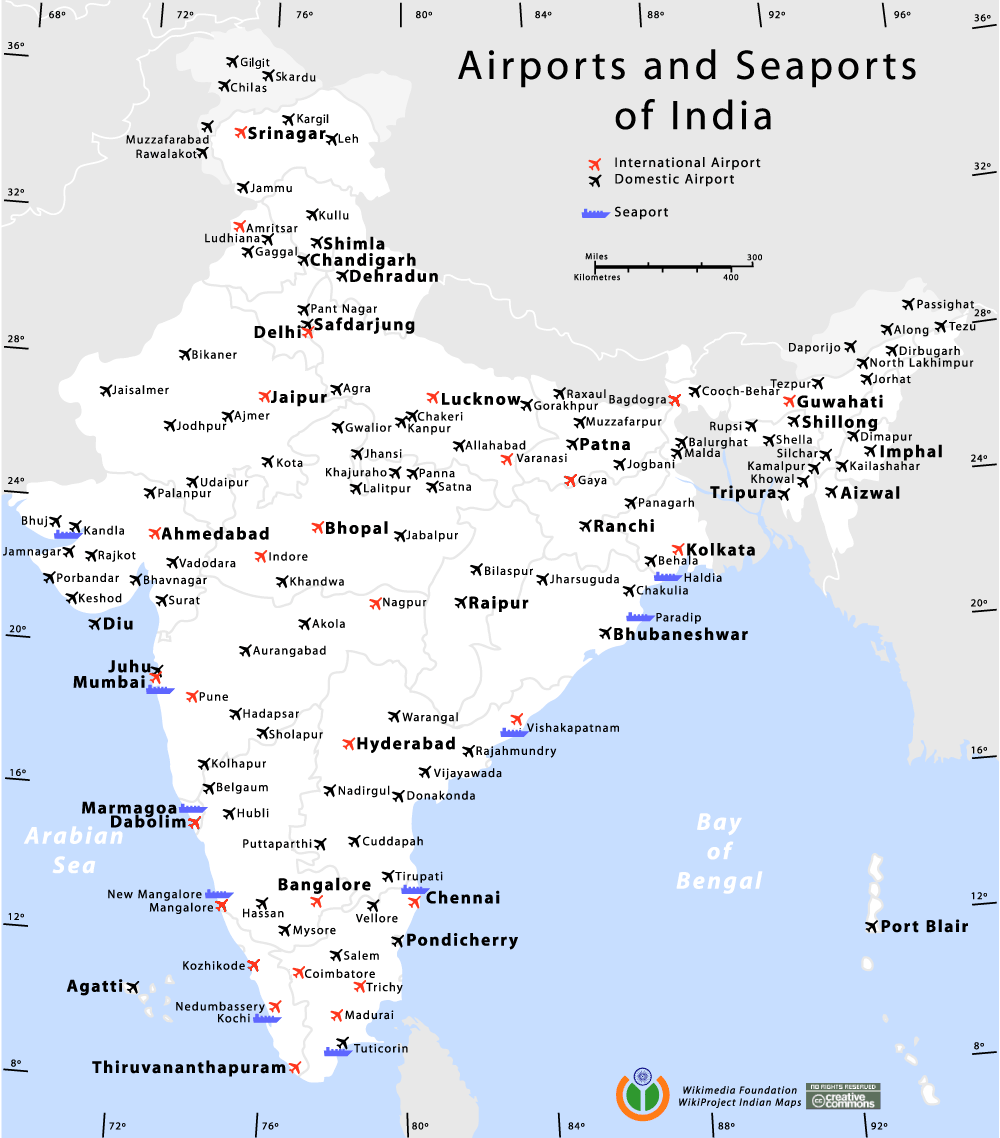 Some Major Airports Of India

Situated in the heart of the country, Indira Gandhi International Airport is the busiest in India. With three swanky Terminals, this airport has become the most important aviation hub in India with a capacity of handling more than 46 million passengers.

The Mumbai airport gets its prominence from being located in the financial capital of India. It also happens to be one of the most important airports in South Asia, and handles over 30 million passengers and a significant share of air cargo in the country.

The Rajiv Gandhi International Airport at Hyderabad is a relatively new airport, which replaced the old one at Begumpet in 2008. The airport was built on a public-private partnership—the second in India—by the GMR group. Spread over 5400 acres, the airport has the capacity to handle 40 million passengers annually, and is the sixth busiest one in India. It has consistently been ranked among the world’s best airports. 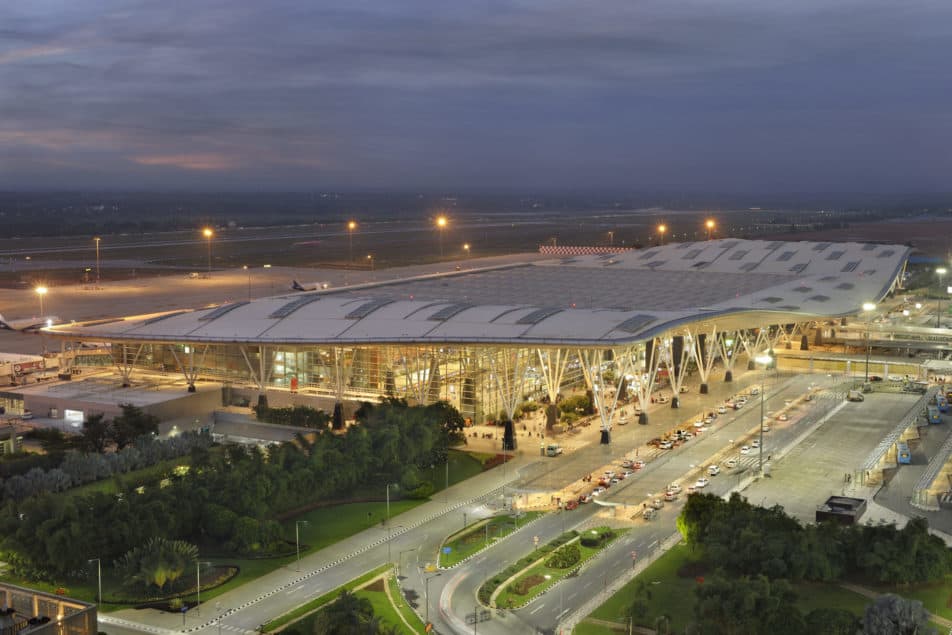 The Bengaluru International Airport located at Devanhalli replaced the old airport in 2008. Spread over 5130 acres, this airport has been designed to handle 12 million passengers annually, and is the fourth busiest airport in India.

The Chennai Airport has two names—while the domestic airport has been named after Kamaraj, the international terminal is known as Annadurai International Airport. One of the first airports in India, it is a major hub of civil aviation in South India, and also serves as the regional headquarters of the AAI. It is the third busiest airport in India with average annual passenger traffic of 13 million.