A Physical Map of India shows all the physical divisions of the seventh-largest country in the world. The country is slightly more than one-third of the size of the United States. The Map of India changed on October 31, 2019. The new map of India depicts 28 states, 8 Union Territories that include the National Capital Territory of Delhi.

There were 28 states and 9 Union Territories in India in December 2019. But, currently, there are 8 UTs in India. President gave his assent for the merger of Daman & Diu and Dadra & Nagar Haveli but it became a new UT on 26th January 2020. One state- Jammu and Kashmir- was removed from the state category and divided into two UTs- J&K and Ladakh on 31st October 2019.

The architects of India’s constitution, though drawing on many external sources, were most heavily influenced by the British model of parliamentary democracy. The government is a federal republic; the chief of state is the president, and the head of government is the prime minister.

✅What are Physical Features of India?

The physical features of India can be divided into six categories, depending on their geological features: The Himalayan Mountains. The Northern Plains. Indian Desert.

✅How many Rivers are in India?

There are 8 major river systems in India, with more than 400 rivers in total. Rivers play an important role in the lives of the Indian people. 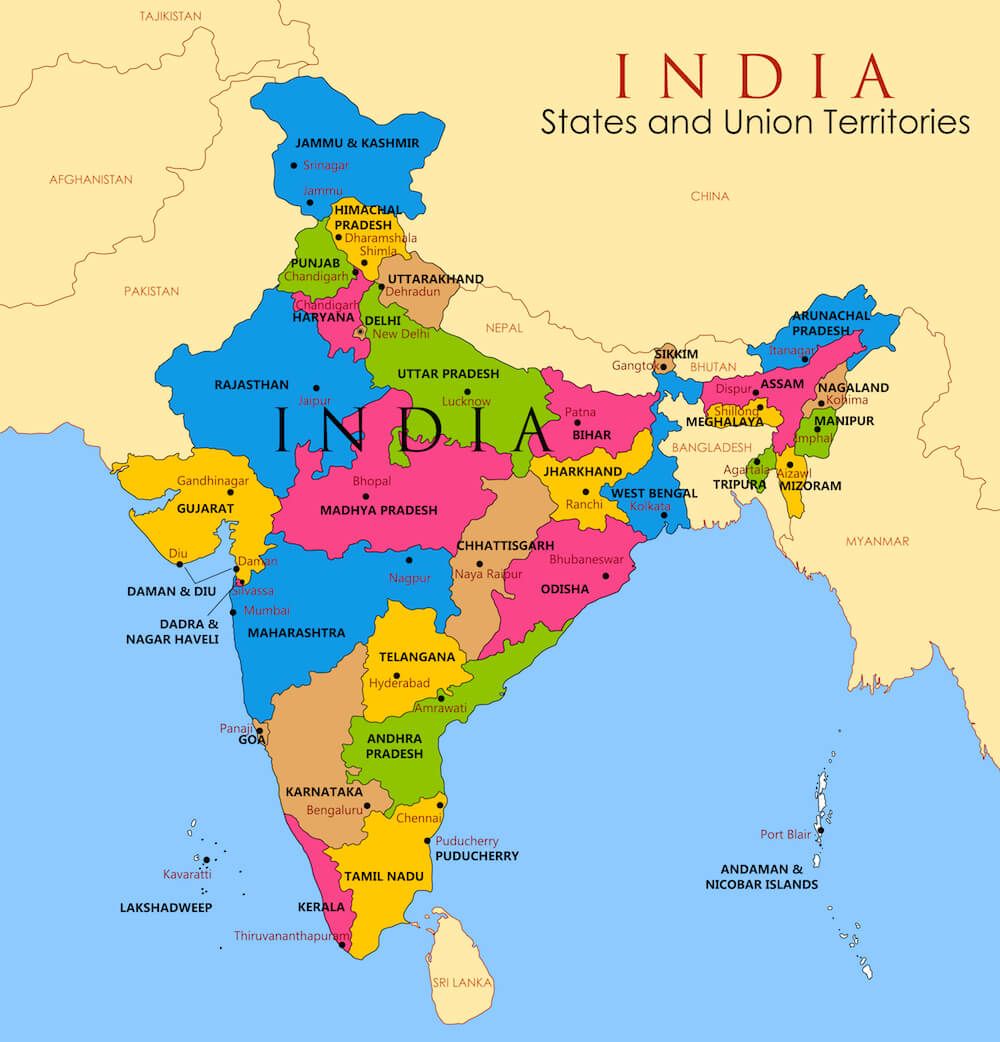 India spreads over an area of about 3.28 million sq. km. The mainland of India extends between 8°4′ and 37°6′ N latitude and 68°7′ and 97°25′ E longitude. The Tropic of Cancer 23°30′ N divides India into almost two halves. Also, the total length of the coastline is 7,517 kilometers. The Indian peninsula tapers southwards resulting in the division of the Indian Ocean into two water bodies – the Bay of Bengal and the Arabian Sea.

India shares its international borders with Pakistan on its West, and Nepal, China and Bhutan on its Northeast. It has both Myanmar and Bangladesh on its East. Also, Sri Lanka lies to the South of India. Furthermore, the union territory Andaman and Nicobar Islands lie close to Thailand and Indonesia. The political boundaries of both Pakistan and Bangladesh with India are traced according to the Radcliffe Line. 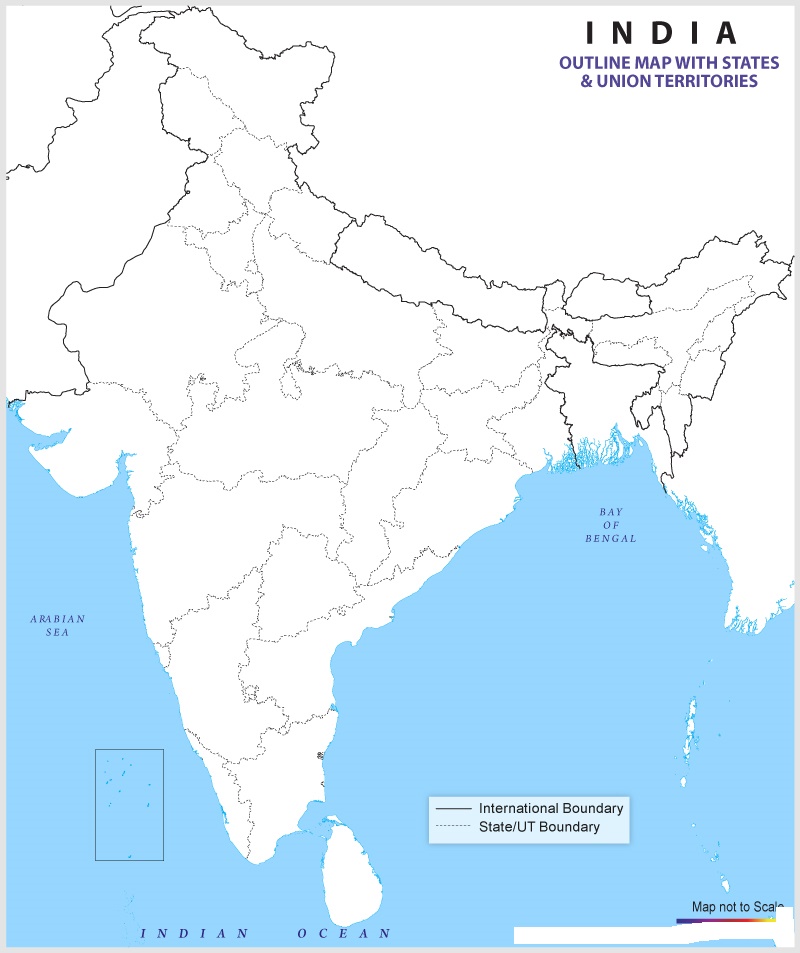 India has one of the largest, most highly diversified economies in the world, but, because of its enormous population, it is—in terms of income and gross national product (GNP) per capita—one of the poorest countries on Earth. Since independence, India has promoted a mixed economic system in which the government, constitutionally defined as “socialist,” plays a major role as central planner, regulator, investor, manager, and producer. India has a market economy in which the prices of goods and services are determined in a free price system. Roughly half of all Indians still derive their livelihood directly from agriculture. Fishing is practiced along the entire length of India’s coastline and on virtually all of its many rivers.