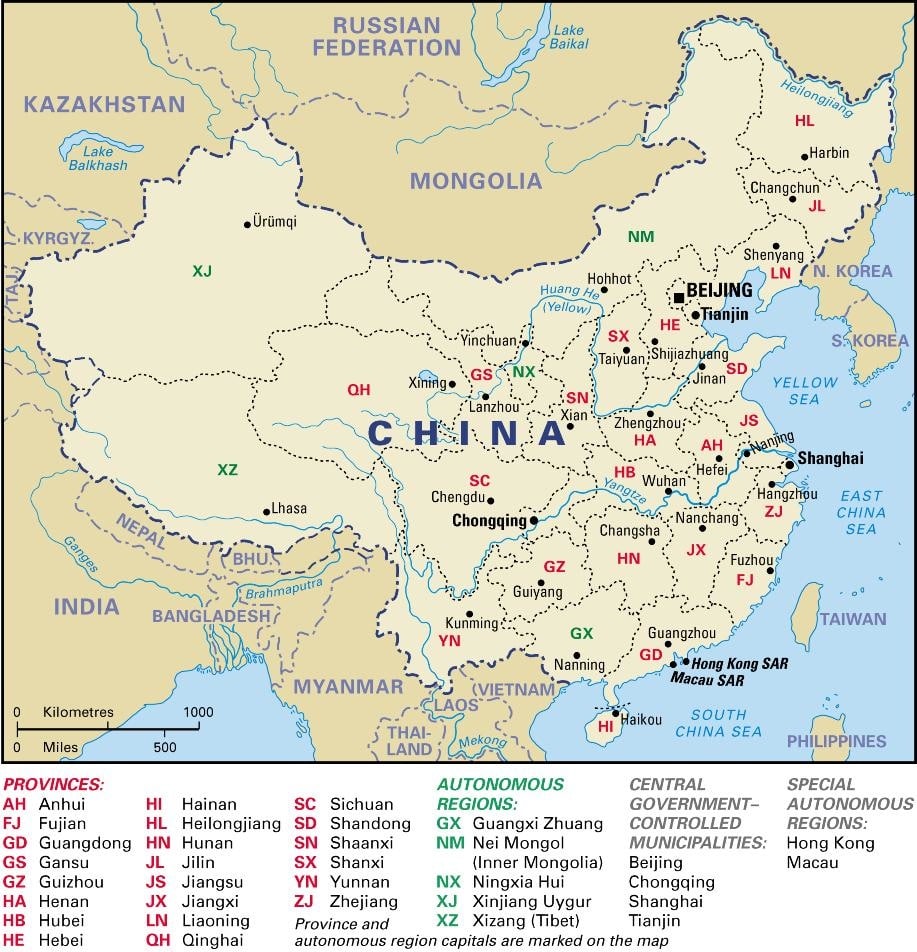 China is a vast country in East Asia with Covering approximately 9.6 million square kilometers (3.7 million mi2). Map of China is the world’s third or fourth-largest country by area. It is also the world’s most populous country, with a population of around 1.4 billion. China shares its borders with 14 countries: Afghanistan, Bhutan, India, Kazakhstan, North Korea, Kyrgyzstan, Laos, Mongolia, Myanmar (Burma), Nepal, Pakistan, Russia, Tajikistan, and Vietnam.

The country is officially is divided into 22 administrative provinces (sheng), 5 autonomous regions (zizhiqu), 4 municipalities (shi), and 2 special administrative regions. Located in North China, is Beijing – the capital of China. Beijing is the world’s most populous capital city with over 21 million residents. It is also one of the world’s as well as China’s leading cultural, administrative, educational, and economic centers. 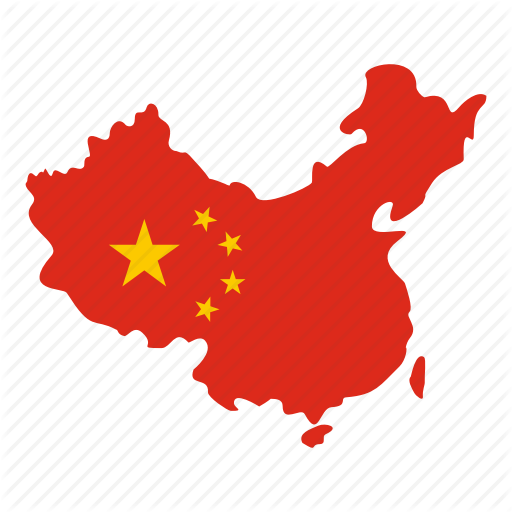 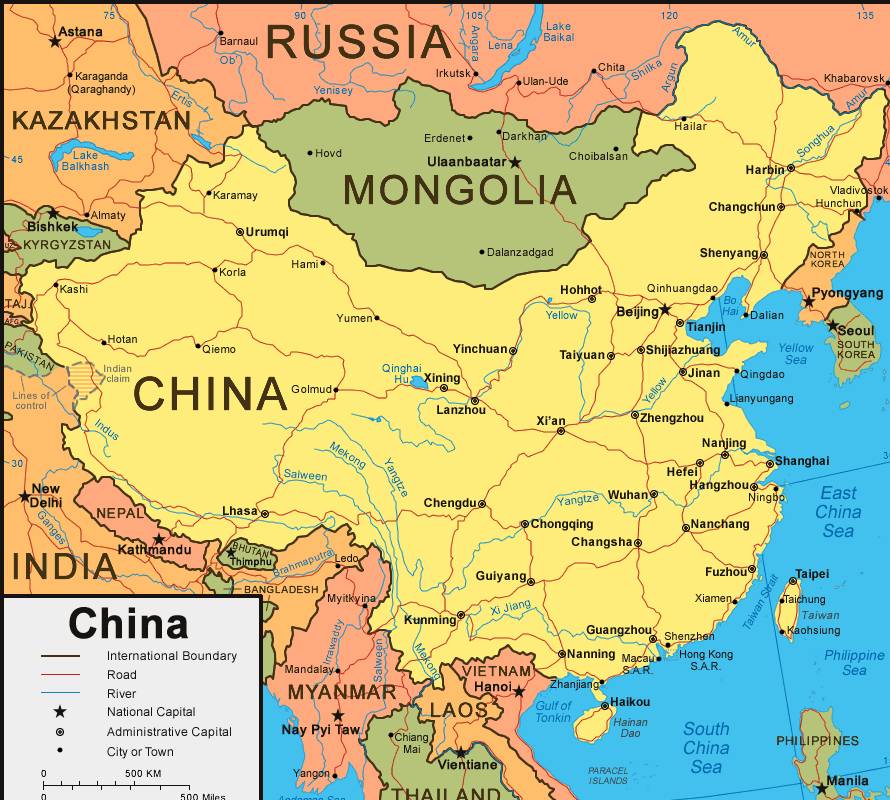 As observed on the Physical Map of China, the country has a highly varied topography including plains, mountains, plateaus, deserts, etc. Its principal mountains ranges are the Tien Shan, the Kunlun chain, and the Trans-Himalaya. In the southwest is Tibet, which China annexed in 1950. The Himalayas lie to the South & West and are home to some of the highest mountains in the country and the world, including Mt. Everest (also called Zhumulangma or Qomolangma), Mt. K2 (also called Chogo Ri), Namjagbarwa Peak, Minya Konka, Meili Snow Mountains, Mt. Kailash, the Daocheng-Sanshin Mountain group, Mt. Emei, Mt. Huashan, and Mt. Huangshan. 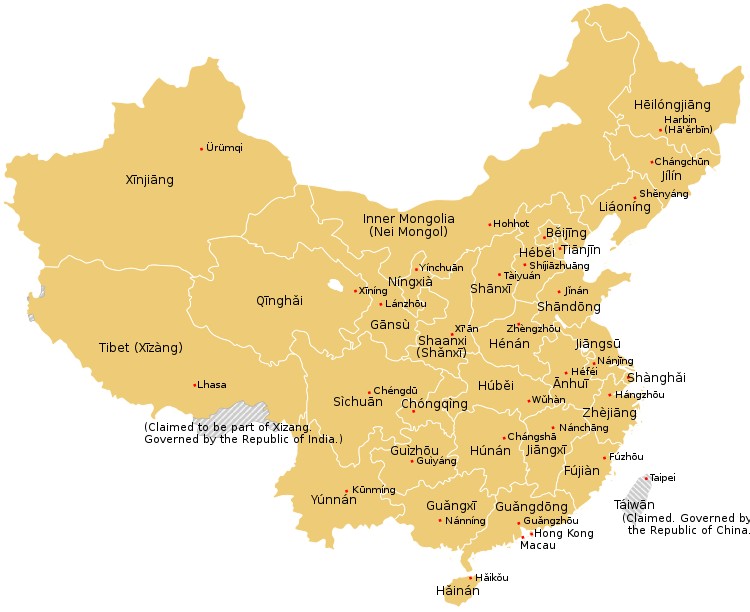 The country shares maritime borders with Japan, South Korea, the Philippines, and Taiwan. Due to China’s claims in the South China Sea, the state also maintains maritime borders that overlap with those of Brunei and Malaysia.

China is now the world’s first or second-largest economy depending on which metrics are being used. Since 2010, China had the world’s second-largest economy in terms of nominal GDP, totaling approximately US$13.5 trillion (90 trillion Yuan) as of 2018. In terms of purchasing power parity (PPP GDP), China’s economy has been the largest in the world since 2014, according to the World Bank. China has also made massive strides in developing and employing renewable clean energy sources.