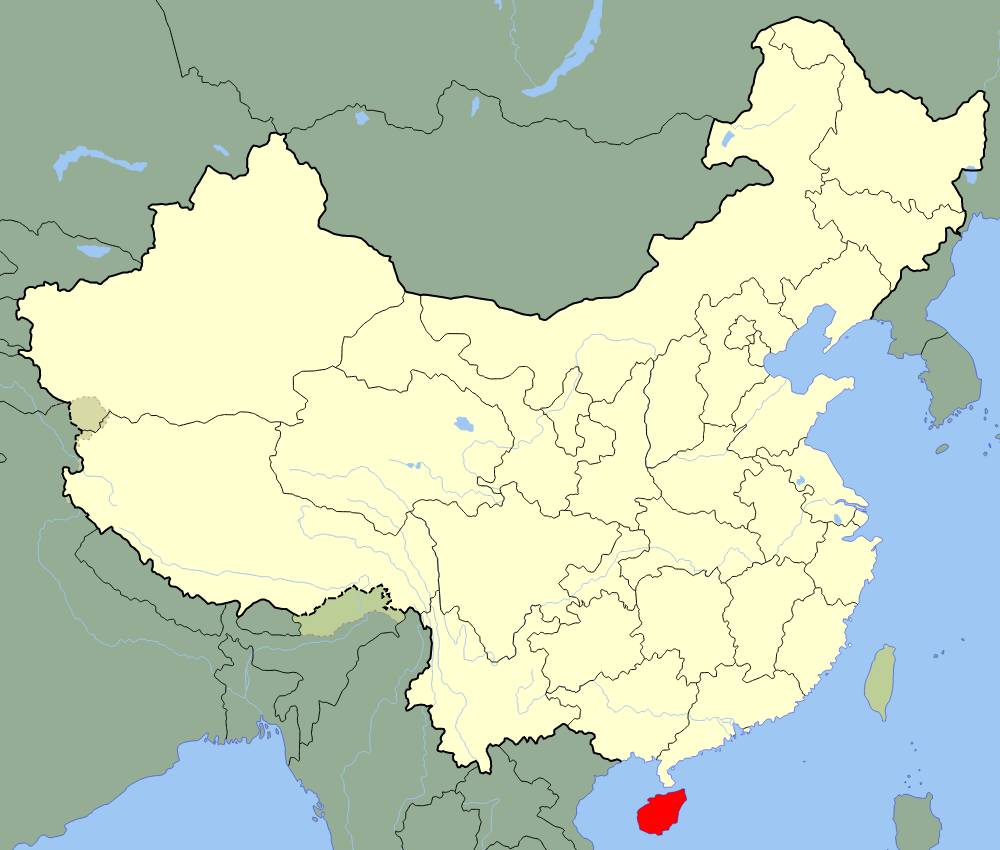 Hainan is an island province located in the tropical area at the southern end of China. It is the largest and most populous island under the PRC administration. “Hainan” literally means “South of the Ocean.” Map of Hainan Province covers an area of over 34,000 square kilometers of which Hainan the island is 32,900 square kilometers (12,700 sq mi) and the rest is over 200 islands scattered across three archipelagos: Zhongsha, Xisha, and Nansha. Hainan has a population of 8.994 million. The capital city of Hainan Province is Haikou.

Hainan Island has a long and complex history. The indigenous Li and Miao ethnic peoples each have distinct cultures and customs. Hainan was administered as part of Guangdong Province until 1988. Since then it has been designated a Special Economic Zone (SEZ) and has become a magnet for investment and has developed large tourist infrastructure.

Hainan Province has Hainan Island and Xisha, Zhongsha, and Nansha Islands under its jurisdiction. Its land covers an area of over 34,000 square kilometers with a population of 8.67 million people (2010). The capital of the province is Haikou, on the northern coast of Hainan Island, while Sanya is a well-known tourist destination on the southern coast.  It is the political, economic, cultural, and transportation center of the whole province.

Hainan is the smallest and southernmost province of the People’s Republic of China (PRC), consisting of various islands in the South China Sea. Major mountains in Hainan Province are Mount Wuzhi Shan and Mount Limu Ling. Major rivers are the Nandu River, Changhua River, and Wanquan River. Xisha Archipelago, Dongsha Archipelago, and Nansha Archipelago lie around Hainan Island, of which Yongxing Island is the southern territory of China.

The maritime tropical climate makes Hainan suitable for rice; sugar cane; coffee; rubber and coconut production. It is located just south of the Tropic of Cancer. Its average annual temperature is 23-25°C while the average temperature of the coldest February ranges between 16-20°C and the hottest August between 35-39°C. 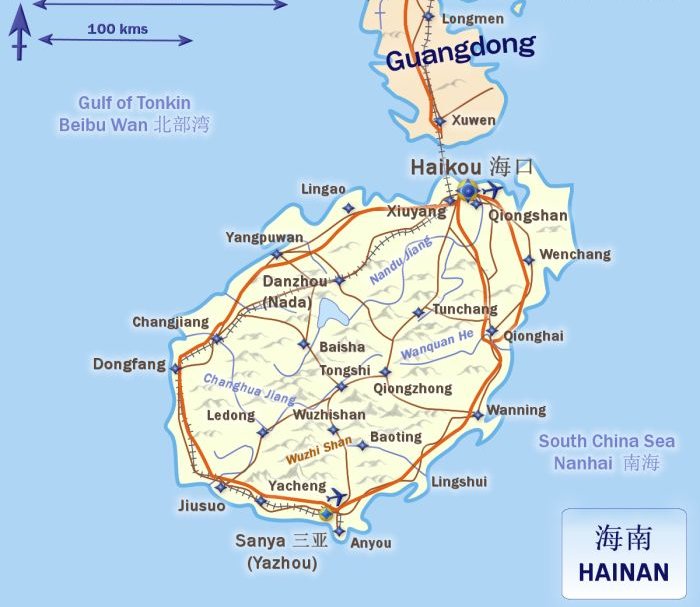 There are several major highways and expressways linking Haikou on the north coast with Sanya on the south coast. Hainan has four major port facilities. The two largest are Haikou and Sanya. Both Haikou and Sanya airports provide air service for domestic and international destinations. 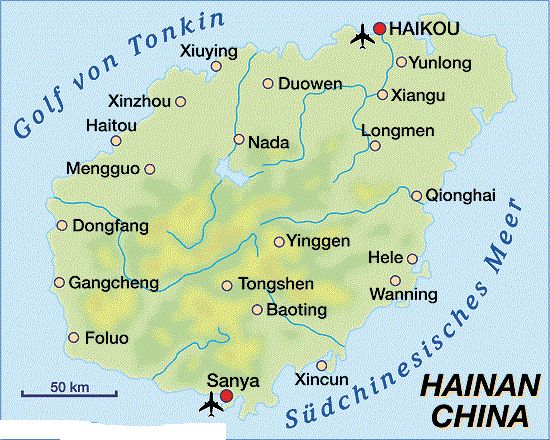 There are ten major cities and ten counties in Hainan Province. The capital of the province is Haikou while Sanya is a well-known tourist destination on the southern coast. The other major cities are Wenchang, Sansha, Qionghai, Wanning, Wuzhishan, Dongfang, and Danzhou.

Map of Hainan Province | Political, Geography, Transportation And Cities Map is the Map of China . You can also free download Map images HD Wallpapers for use desktop and laptop.