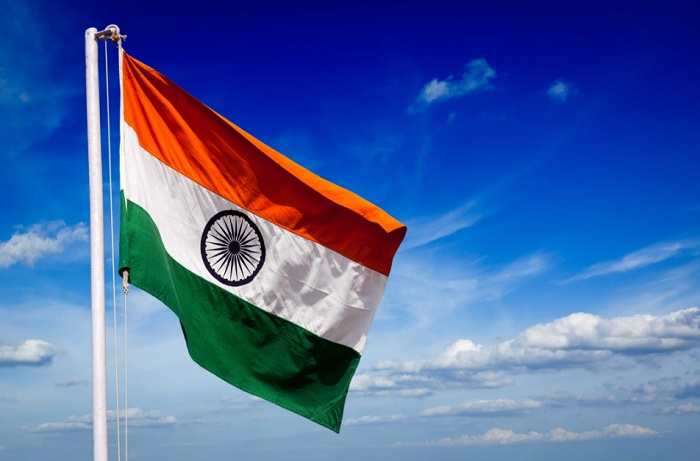 The Official National Flag of India Was adopted On July 22, 1947. In India, the term “tricolor” refers to the Indian National Flag. The Flag Was Desing By Pingali Venkayya. The Flag is a horizontal tricolor flag depicting three colors: saffron (Kesari) at the top, white in the middle, and dark green at the bottom in equal proportion. In the center of the flag, there was a white band is a navy-blue wheel which represents the chakra.

The Indian National Congress Party before independence adopted a white, green, and red flag as its unofficial flag in 1921. The Red Color Originally stood for Hinduism, Green Stand for Islam, and white stood for other minority religions.

A Tricolor National Flag of India was first accepted by the Indian national congress in 1931, having chakra in place of today’s chakra. Saffron color shows courage, sacrifice, and renunciation. White color shows truth and purity in thoughts and Dark Green Is the symbol of life prosperity. A wheel (chakra) in the center of the white stripe is the symbol of progress and movement. This Dharma Chakra has 24 spokes.