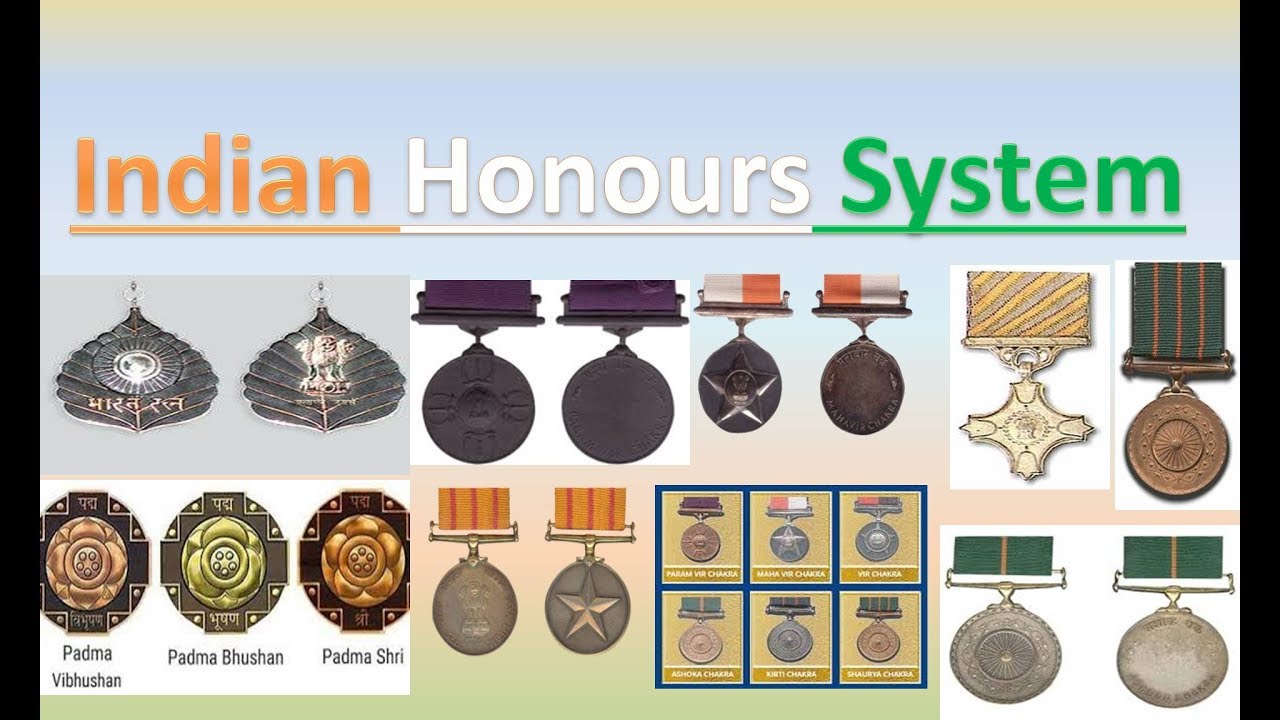 The National Awards of India are awarded by the Govt. of India to people. It is for their exceptional service or performance in different fields irrespective of their age, caste, occupation, religion, etc. There are different categories that include Civilian Awards, Gallantry awards, Sports awards, Literature awards, and Peace and leadership awards.

The Bharat Ratna is the highest civilian award in the country. Any person without distinction of race, occupation, position, gender, or religion is eligible for this award. It is for exceptional service or performance of the highest order in any field of human endeavor. The number of annual awards is a maximum of three in a particular year.

Padma Awards were instituted in the year 1954. Except for brief interruptions during the years 1977 to 1980 and 1993 to 1997, these awards have been announced every year on Republic Day. Padma Vibhushan, Padma Bhushan, and Padma Shri, in the decreasing order of importance.