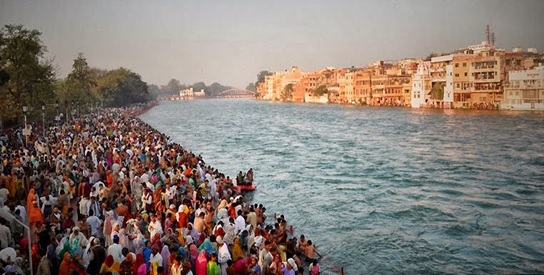 The Ganga Is the longest and National River of India following the Length over 2,510 km. Ganga officially Declared The National River in 2008  By The Prime Minister of India Manmohan Singh. The Reason Of This Declaration is To achieve the objectives of the Ganga Action Plan. The plan was initiated by PM Rajiv Gandhi in 1985.

The River Ganga is a trans-boundary river of India and Bangladesh. Ganga is the longest river in India flowing through mountains, valleys, and plains. The 2,525 km (1,569 mi) river rises in the western Himalayas in the Indian state of Uttarakhand and flows south and east through the Gangetic Plain of North India into Bangladesh, where it merges into the Bay of Bengal.

In Hindu belief, the Ganges is associated with the Goddess Ganga. According to the myth, the sage Bhargava underwent extreme austerities to bring the divine Ganga down to the earth in order to cleanse the impurities of his ancestors. Delighted by his devotion Goddess Ganga came rushing down with such immense force that her crashing waters threatened to cause devastation of the earth. But the god Shiva cushioned her fall in his matted hairs and knotting it until the flow subsided.

Ironically, it is one of the highest polluted rivers too. Not only humans but a range of water species are also at a threat. The Godavari is the second-longest river in India after the river Ganga and also forms one of the largest river basins in India.